Manchester is a puzzling city. On one hand you have lots of abandonned buildings, with black painted facades and big chains with locks on the doors. Some old brick buildings seem to fall to pieces.

On the other hand you have lots of new development. Many skyscrapers are being built. Sam told me that the city was thriving, especially with the economic situation in London making Manchester an attractive alternative.

Even though we had a greaty party at the Museum of Science and Industry, we didn’t really get to visit it. It’s a bit sad, as Manchester is a significant place in the history of Computer science, with inventions such as the Baby and dwellers such as Alan Turing.

Manchester prides itself with the importance music has for it, and if you dig a bit you’ll find a plethora of bands coming from there. It is a bit unfortunate that I didn’t get to be more exposed to the local musical heritage.

Of course this is England, you’ll be reminded of it by its black cabs and double deckers, but also by a few silly things. As another French dude said a while back:

Go and boil your bottoms, you sons of a silly person! I blow my nose at you, so-called “Arthur King,” you and all your silly English K-nig-hts.

Some places have two taps! Cold and hot water are separated. All power outlets also have individual switches. Foreigners can be deceived into thinking their laptop or phone is charging when it’s not. 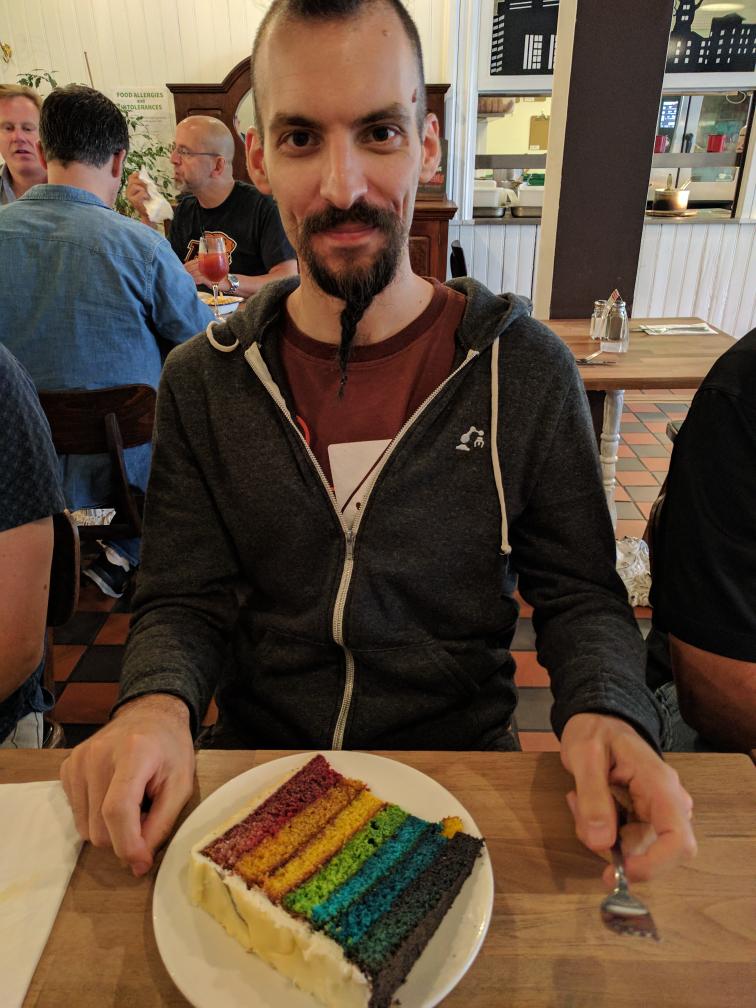 Food was good, albeit expensive, even though I didn’t have that many “typical” dishes. The only ones that comes to mind, apart from the awesome full English breakfasts at the venue, are the black pudding with lentils I had on the first day and the fish and chips I had with some friends before I had to leave for the airport.