Monday morning started with the engagement BoF. We covered a lot of ground and all have many things to work on for the next few months. 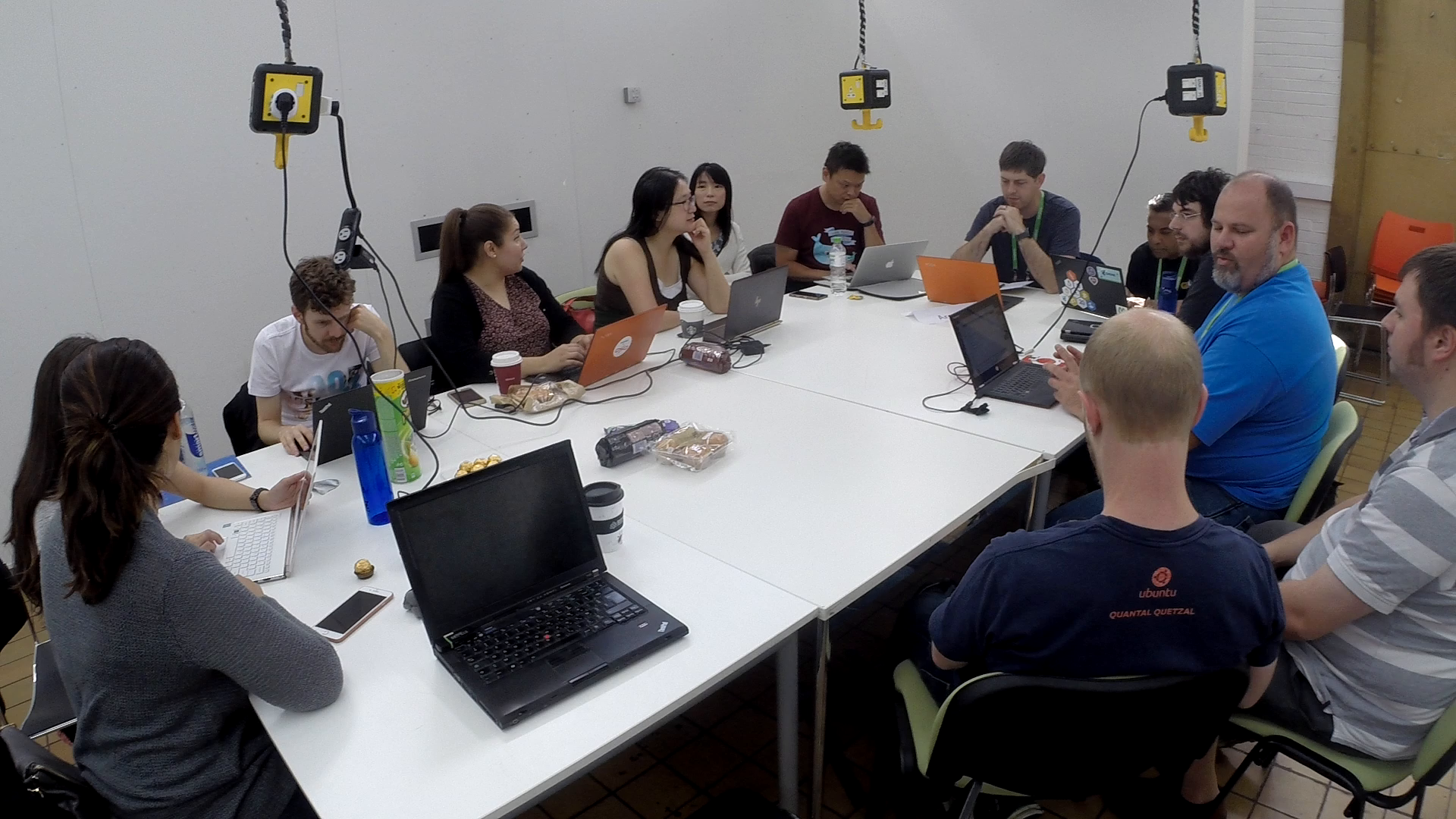 I spent most of the remaining time with the friendly bunch, giving my opinion on various documentation related topics, but not actually doing much documentation work apart from fixing a few wiki pages. Instead, I played around with the new glade UI, pondering how far along one can go with it and close to no code when working on the wireframe for an application.

Unfortunately I had to leave by the end of the second day as I needed to go back home to save the world.

The conference seemed to run flawlessly. There is usually quite a bunch of last minute hiccups and you see organizers quite stressed, but I haven’t noticed it this year. Granted I was not following as closely as I was during the three previous editions, so some things may have escaped my attention. Kudos to the organization team, the standing ovation during the closing session was well deserved.